Learn some frequently used Spanish prepositions that link words together by saying WHERE things + people are. Practise them in sentences with the verb ESTAR.
Vocabulary, video clip + free online quiz.

E.g.
¿Dónde está la fallera?
– Where is the fallera?
La fallera está cerca del agua =
– The fallera is near the water.

(Look up what a fallera is – Spain is interesting!) 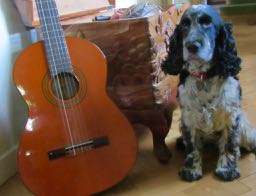 #1. The piece of furniture is between the guitar and the dog. 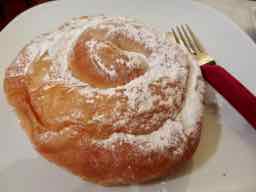 #2. The sugar is on top of the ensaīmada.

#4. The dog is next to the wastepaper basket. 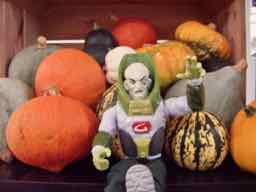 #5. The man is in front of the pumpkins.

#6. The cockerel is behind the pumpkin. 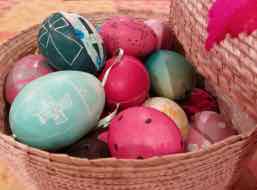 #7. The confetti is inside the eggs. 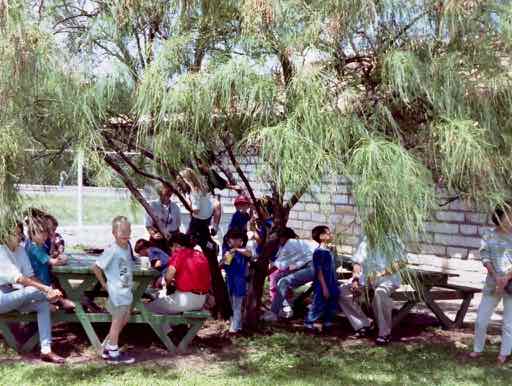 #8. The children are under the tree. 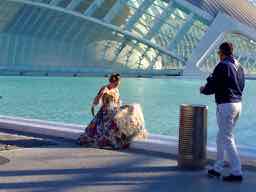 #9. The fallera is near the water. 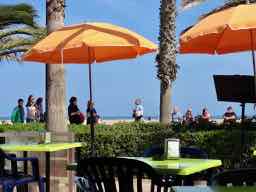 #10. Valencians live near the sea. 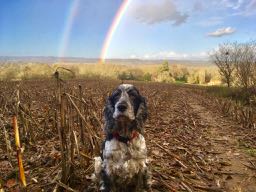 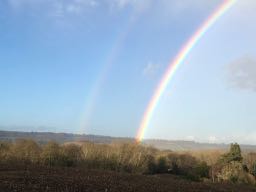